There are perfectly good celebrity style moments, and then there are the looks that really stick with you, the ones you try desperately to recreate at home. In ‘Great Outfits in Fashion History,’ Fashionista editors are revisiting their all-time favorite lewks.

While the women of the beloved sitcom “Friends” are often credited with some of the most memorable 1990s fashion (see: Rachel Green’s fashion legacy), there’s one moment that truly takes the cake for perhaps the being the coolest: Before Bella Hadid endorsed the Chrome Hearts crop top or artists like Rihanna were sporting the brand’s iconic jewelry, none other than Matt LeBlanc served as one of the original celebrity supporters of the now-legendary fashion company.

Hot off the tails of the second season of “Friends,” the cast showed up and out at the 1996 Emmy Awards in Los Angeles. LeBlanc wore a classic black suit, but with a twist: a custom Chrome Hearts sling — because he wasn’t going to let a broken arm deter him from being the most style-savvy person on the carpet. 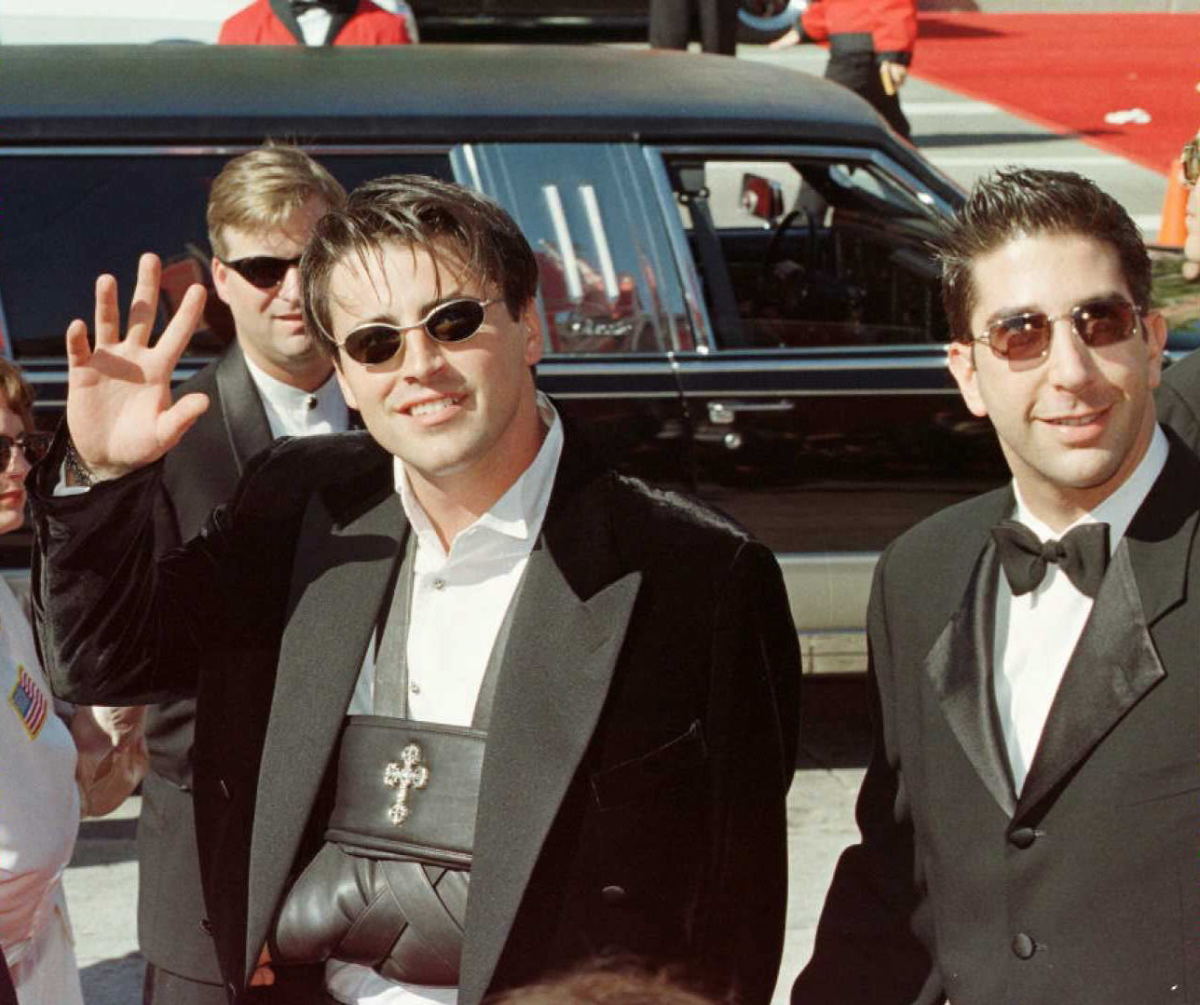 At the time, LeBlanc was telling people the injury was the result of a fight scene gone wrong while filming “Friends” — though 25 years later, we learned in the reunion special on HBO that LeBlanc dislocated his shoulder on set by jumping into a chair, inspiring the writers to incorporate his injury into the majority of season three. Not only did the injury follow Joey into the show, but Chrome Hearts would also become a staple in his wardrobe for years to come.